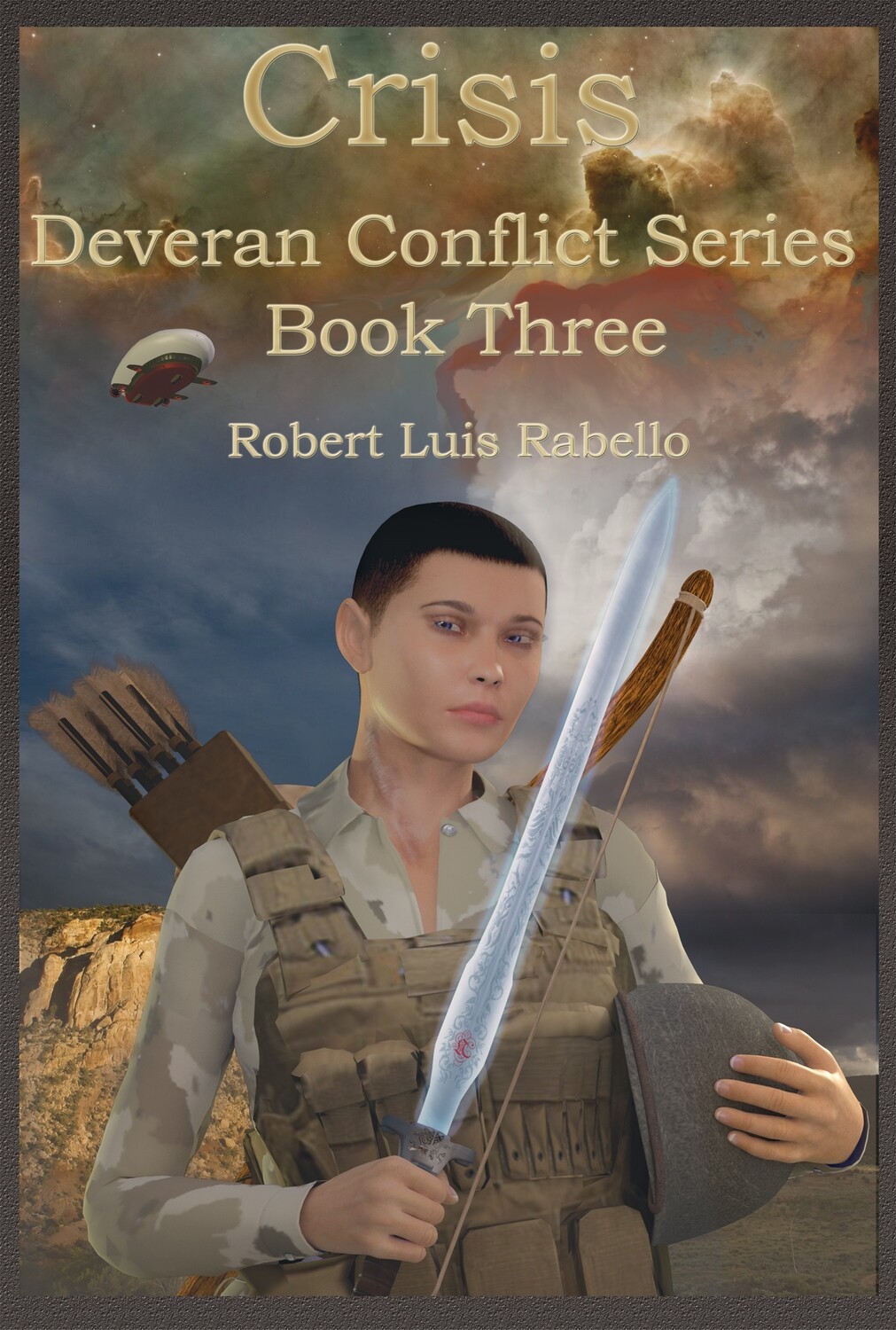 As Algernon Ravenwood struggles to build a home on Superstition Mesa before winter arrives, his task is complicated by the presence of giants living nearby. Can he navigate a path of peace and live in harmony with the giants, or is he doomed to suffer a violent fate? His twin sister, Kira, suffers a lingering, secret malaise. As her past haunts her present, can she find hope for the future? Will Kira rise above her troubles and fulfill her dream of public service, or will she spiral into despair? While Garrick, their older sibling, deals with simmering dissent within the ranks of his platoon, he faces personal loss and defeat against determined enemies in the Kamerese Civil War. Will he find the strength to stand firm? Can the love he shares with Brenna Velez endure as she is taken captive and mistreated? Will Brenna seize the chance for revenge, or will she rely on faith and wait on God to repay her suffering? All is revealed in the crucible of Crisis.