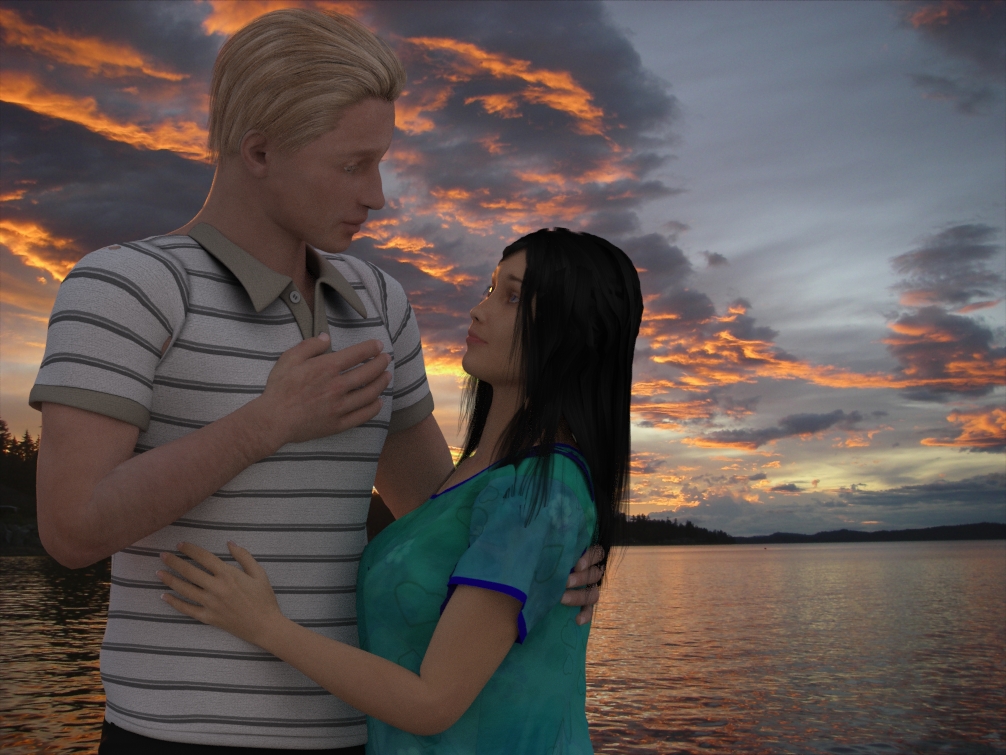 We all know the story.

Two romantically-challenged people meet, realize they’re destined to be with one another, encounter a series of problems meant to separate them, but in the end, the magical force of love draws them together into eternal bliss.

He’s a brooding bad boy who doesn’t talk very much. She’s a stunning beauty with grand ideas of her own. Circumstances beyond their control force them to be together. She resists him initially, but soon falls hysterically in love with his manly good-looks. He does something she doesn’t like, then mysteriously transforms into the man of her dreams. The magical force of love draws them together into eternal bliss.

Love is a decision to place another person’s needs or welfare equal to or above our own. We are not always pretty. We don’t always say and do the right things, either, yet many of us – and I write this from experience – develop meaningful relationships with our partners that endure for a lifetime. Physical attraction can’t be helped, but love is always under our control. Writing about love, especially when making those decisions absolutely depends on understanding and forgiveness, is far more interesting to me than is creating yet another version of the same old “falling in love” story we’ve all read in books or watched on the screen.

How is the romance in the Deveran Conflict Series different? While interest between the main characters certainly begins with chemistry, their story is consistently focused on compatibility. Attraction based on common values and life goals is far more durable than looks or body type – which are a matter of opinion, preference, and are subject to change based on age and other factors. Couples who establish a high level of comfort with each other tend to more effectively weather the storm of shared experiences.

This perspective dominates the love story between Garrick and Brenna. Yes, they are both attractive, but in The Edge of Justice, I wrote that Garrick would have loved Brenna even if he’d been blind.

They share values. While they come at those values from different points of view, he and she honor integrity, loyalty, service, sacrifice, honesty and commitment. He decides, very early in their relationship, that he is going to remain honest with her and speak truthfully, even when doing so leaves him vulnerable to being hurt. She finds this endearing. When they have misunderstandings – the natural result of contrasts in their cultures, languages and belief systems – Brenna’s heart longs to accept and reconcile, a trait that feeds his courage and self-esteem.

Their partnership and shared commitment enable them to negotiate the prickly differences in her devout, fervent faith and his rational, humanistic view. Together, they’ve established relational boundaries that neither will cross. That’s the magic that binds their hearts together. Garrick accepts her faith as meritorious – though he doesn’t personally ascribe to it – while Brenna never insists that he must adopt her belief system. This issue created a great deal of conflict for them until they arrived at a resolution.

Had their relationship been based on physical attraction alone, it would have been easier to give up and find someone else. Yet because the two of them share values and goals, each one is thoroughly invested in the other and the relational cost of breaking up is higher than the benefit of finding love elsewhere.

Now, isn’t that different from the typical Romance Genre fare you’ve read in the past?

Moment by moment, word by word, all true love stories build. It’s not enough to say the right thing once in awhile.  Saying the right thing begins with humility and selflessness. With the odds stacked against them, Garrick and Brenna remain resolute in their conviction toward each other, in attitude, in word and in deed. They never engage in ridicule, even when they stridently disagree. They support each other by listening, understanding and extending trust. For Garrick – who came from a very troubled family – that vulnerability was not easy. In moments of retrospection, Brenna worried about making a mistake. What would her parents think when they discovered she loved a Tamarian soldier, especially one with a secular perspective? Since Lithians live three or four times longer than the average human, how would her decision to love Garrick impact her future?

Choosing a foreigner like her as a life partner might limit his military career. Choosing him, an active-duty soldier, might leave her a lonely widow at a very young age. Yet for both of them, the benefits outweighed the risks. Over and over again, they consistently chose love over all competing considerations.

Social pressure, rooted in xenophobia, influence the public behavior Garrick and Brenna maintain toward one another. Widespread contempt of their interracial relationship restrains their physical contact. They do not hold hands or kiss in the presence of other people, yet the considerate way Garrick treats Brenna, and the respect and longing she extends to him, proclaim their devotion loudly enough for others to understand. This creates erotic tension that compels torrid sensuality whenever they’re alone. Once married, the Lithian fertility cycle, known as Y Newen, makes Brenna particularly responsive to Garrick’s amorous interest, and in Kira’s words, they “bonk like bunnies.”

If you’re a reader who enjoys sensuality between characters, the story line with Garrick and Brenna maintains strong sexual tension throughout the series, even when they’re struggling to get along. That only makes sense because the two of them developed interest based on character and values. They negotiated their differences and made personal commitments to one another that reflect fidelity to their shared values. When they have problems – and all relationships have problems – trust in their mutual fidelity empowers them to speak honestly and work through their differences.

Isn’t that how true love should be?