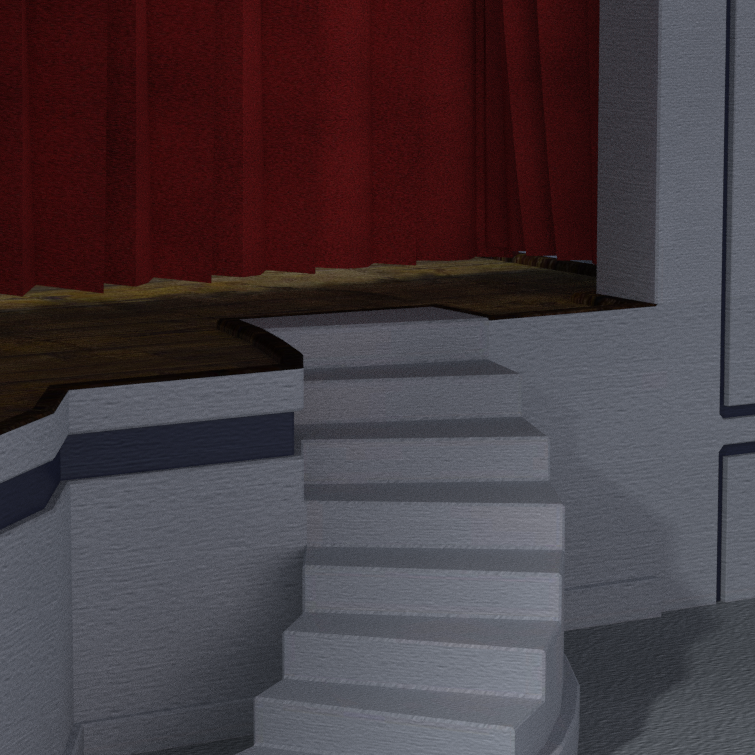 I’ve been performing for as long as I can remember.  Standing in front of large crowds and being in the spotlight doesn’t intimidate me.   I can recall singing onstage during a performance of Der Rosencavalier at the Dorothy Chandler Pavilion in Los Angeles, seeing all the faces of a packed house and thinking, “Wow!  All these people are listening to me!  Is this cool, or what?”

Before you dismiss this as swagger, understand I was ten at the time and being self-absorbed is characteristic of most people at that age.  However, I still enjoy performing in front of people.  For many years I served as a worship leader in churches we’ve attended, and there is a joy in public performance that some folk misinterpret as arrogance, or some disturbed need for personal affirmation.

I’ve experienced a lot of negative judgment from church people in this regard.  Some well-intended souls are nasty and hurtful with what they say, but I’ve learned to shrug their criticism off as ignorance. People who are not musicians can be scathing, mostly because they don’t understand music and trip over the sound, style or method of presentation that they don’t like. (In church, it’s okay to play a nice little scale on a violin, or bash big chords on the piano, but WOE to the guitar player who does the same!) While I strive to avoid putting a stumbling block in front of other believers, I’m not going to shy away from the fact that I actually enjoy sharing my gifts with people.

This performance fearlessness doesn’t apply in all situations.  I’m not an athlete, so don’t ask me to throw the winning touchdown in the Superbowl, or snatch a perfectly-placed header out of midair to prevent a goal in the World Cup.  I wouldn’t want to present research findings to an audience of skeptical scientists, nor would I ever run for public office. Facing the disdain of mass disapproval is a terrifying prospect.

Why then do I enjoy standing onstage with guitar in hand, while the thought of swimming in the Olympics fills my heart with dread?  I can sing and play the guitar reasonably well.  I can also swim, and as a teen, I could swim about as fast as most people walk. The latter is not true anymore, and truthfully, my perception of the audience response makes the difference.

I learned this from botching a solo when I was in the California Boys Choir.  Franz Schubert wrote several versions of a song called Standchen.  The lyrics are themed on the value of love, and Doug Neslund, the choir’s director, selected me to sing the solo part.  The song is not difficult, but because it’s in German, I had to learn it in that language.  I’d practiced enough to sing it well. Since I’d done solos for other boys when they were unable to make a performance, everyone felt confident that I had the skill to do well. My track record of success gave no one any reason to doubt my capability.

My first and only performance of that song happened in an Altadena church on a Sunday afternoon. I was neither nervous nor frightened when the piano introduction began. I started singing and made it through the first section without trouble, but whether it was overconfidence on my part or some kind of rare neural meltdown, I’ll never know. Suddenly, before I’d sung through the second page, I couldn’t remember the words . . .

That day I recall a noticing a middle-aged woman sitting in the front row.  She was wearing a red dress and a string of big pearls that huddled close to her neck, and her lipstick matched the color of her dress. When I stopped singing, she looked at me in absolute horror, stunned that I couldn’t continue. The rest of the concert was completely forgettable, yet I can still picture that woman’s face in my mind as if the incident happened yesterday.

Her facial expression told me that she wanted me to do well.  She wanted me to soar.  She wanted me to fill her heart with joy in hearing the oboe-esque sound of my voice, and she was disappointed that I didn’t do that for her.  The lesson that this unknown woman taught me is an important one. The audience wants the performer to do their absolute best.

Think about this. Do you buy tickets to see your favorite sports team in the hope that they’ll lose?  Do you attend concerts secretly wishing for the artist to screw up?  Do you long for your favorite Formula One driver to steer that million dollar machine into a wall and see its parts strewn across the track in flaming wreckage? Do you attend movies hoping that the writing, directing, acting and cinematography will inspire nausea? Do you read books dreaming that in the end, you’ll be filled with disgust and self-loathing because the author ascended the sanctimonious high horse and lambasted your soul with vitriol about the human condition?  Isn’t it grand to watch the athletes of some other nation dominate the Olympics?

While I don’t lead worship or perform in public any more, I’m still writing books.  Writing may seem like a solitary activity, but I depend a great deal on feedback from beta readers who review my drafts and offer comments on what I need to fix.  Most of their suggestions focus on grammar and syntax.  English isn’t my first language and that fact is often evident in the way I put sentences together. My beta people help me conform my writing to convention, so that readers aren’t puzzled by what they encounter in my books.

Sometimes, they criticize my content in a very pointed manner. They might not like the way I’ve portrayed a character, or a particular incident. This sort of thing can be hard to read because writing reflects the secret workings of my soul, but I’m compelled to trust these people. I earnestly believe they have my best interest at heart. Though it would be easy to dismiss their direct and brutally honest critique of my writing, I know that woman in the red dress wanted me to sing well, and I’m confident that my beta readers want me to write a better story than the one they’ve received from me

It’s my responsibility to listen, think about what they tell me and make adjustments accordingly. They’re not writing the story. They don’t determine the plot or define the characters. They base their judgments on what I reveal about the people in my novels, and because each of their perspectives differs from mine, I get an astonishingly diverse view of what my readers want to hear from me.  When I give them permission to react honestly, I get a truer sense of how my creations play in the real world than I could generate on my own.  I always wind up with a more compelling story because of their help.

Don’t misunderstand me. While my beta readers are a wonderful, helpful and diverse group of people, I also get messages from “ordinary readers,” and not all of their feedback is good. Haters exist.  From time to time, I get vitriolic e-mail from disgruntled people who seem to enjoy complaining about my stories. (You use too many adjectives! There is too much sex in this and you should be ashamed of yourself! Your vocabulary is too big! You spell like an American! Your fight scenes bore me!) Some folk just can’t live without putting other people down.  (Taylor Swift once wrote a song about mean people, so I know it’s not just me having to deal with this.) The difference between the haters and my real audience — those readers who understand what I’m trying to say about being human — is rooted in the intent of their criticism.  I can distinguish these people by the tone of their messages.  They’re like the church people who don’t understand music, and therefore, I don’t feel bad about ignoring them.

To the dancers, writers, musicians, artists, photographers and other creative people out there, I urge you to pursue your gifts with passion.  Find people who can help you improve your craft, work hard to be your best, and always remember that those who watch, listen, see and read want to be delighted.  Your real audience is always rooting for you!