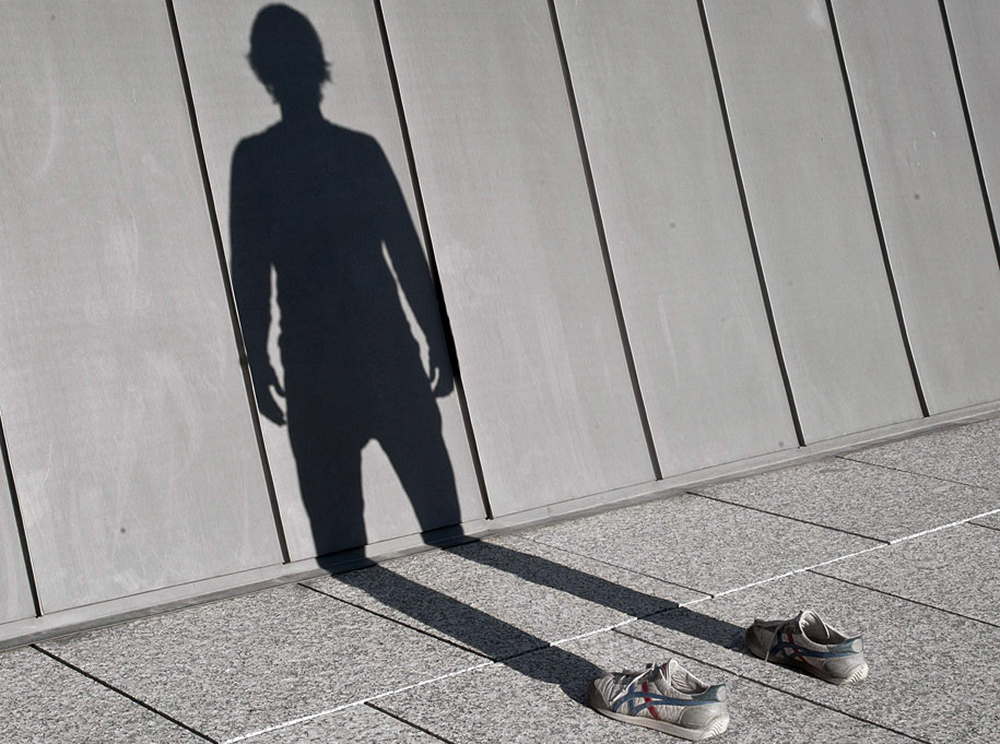 Ideas are invisible. Ideas are intangible, but they have real impact whenever we act on them. I grew up in a deeply racist household. My mother, who came from a little town in Brasil, carried the prejudices of her own upbringing into mine. In my mother’s homeland many people have dark skin. Hers, in fact, is quite a bit darker than mine. My father had a German mother, his father was also quite fair skinned, and I inherited the inability to tan from my father’s side of the family. In Brasil, racism is not binary. It works along the lines of, “as long as my skin is lighter than yours, I’m better than you.”

Latin America has a long and complicated history with race relations. Wealthy people commissioned complicated casta paintings to show the hierarchy of their mixed race countrymen, illustrating their views on the supposed superiority of anyone boasting a “pure” Spanish or Portuguese bloodline. This ridiculous method of establishing a social order steeped into the culture of my Latino family to the extent that racial hatred was a normal and expected attitude – even among Christians.

Reading through my bio (https://newadventure.ca/about-2/)  will reveal the complex blend of factors that formed the foundation of my thinking. Yet my experience also includes observations of the cruelty inflicted on black people, my own contributions to racism, and the response of people whom I admired, particularly my third grade teacher, Mrs. Weekley. I’d learned a magic word that could hurt another boy who was bigger, stronger and more aggressive; yet when my teacher — whom I loved and respected — pulled me aside to discuss the hate that I’d hurled at him, her gentle rebuke had such an impact, I never used that horrible word again.

While rioting and shrieking headlines concerning gang violence in my youth hinted at widespread structural inequality, I didn’t have a sense of how racism feels until I grew older. At thirteen, I met my best friend. He’s a man of deep integrity, endowed with intelligence and a creative spirit. He’s a man of abiding faith, of loyalty and wisdom. I know him well enough to trust him with my life, and while our friendship has endured some difficult problems (these are, to my recollection, all my fault), forgiveness and trust prevail in our brotherhood. He’s a lifelong friend whose motives I never question.

Early in our friendship, he discussed “the talk.” When he came to Los Angeles, an uncle pulled him aside to discuss relations with the Los Angeles Police Department. My hometown had its own police force, and I never had trouble with them, but the LAPD and LA Country Sheriffs have a well-deserved reputation built on decades of their “no-nonsense” conduct in law enforcement. So I took my friend’s statement lightly until, roughly ten years later, he and I went for a drive one Saturday night.

He’d been working for a prospering Savings and Loan institution and bought himself a brand new Mustang. It was a lovely machine. I remember feeling quite proud of his accomplishment, and wanting to share in his joy, joined him on a drive down Hollywood Blvd. I remember the heavy traffic. I also remember a squad car pulling up next to us, the police glancing at my best friend behind the wheel, and then pulling behind and flashing their lights for us to pull over.

We’d done nothing wrong. The police ordered us out of the vehicle, insisting that we put our hands on the hood. We got frisked in public. My best friend had his entire car searched for no apparent reason. When I objected and demanded the officers’ badge numbers, the one who did the frisking said, “Shut up, kid, or I’ll find that cocaine you’ve hidden in your shoe!”

Protesting my innocence, I remember my best friend saying, “Just shut up!” I remember the warmth of the hood on my cheek as the officer pushed my face down while checking me for weapons and contraband.

They let us go, but it was humiliating. We’d done nothing wrong. As we drove off I complained about the injustice, and I remember my friend saying, “I told you. This happens all the time.”

Years later, I took a woman to the beach for a date. While we were walking to an empty fire pit, three young men – handsome and strong – approached us. “Hey, let us party with you!” they insisted.

Aside from my envy of their good looks, I felt no fear. “Come on, guys,” I replied. “It’s our first date. Give me a break!”

They did, and an unremarkable time with an unremarkable woman ensued. We had a fire. I cut myself on a piece of glass hidden in the sand. We shared a bottle of cheap wine and engaged in awkward conversation. After 10 pm, a policeman came by and told us to shut down. “The beach is closed,” he said, and moved on without another word.

On our way back, however, we passed those three young men. They were laying face-down in the sand with their hands cuffed behind their backs. I asked the police officer standing guard over them, “Why are they cuffed?”

“Open container on the beach,” he replied.

I felt stunned. The young men had been genuinely friendly. They respected me when I asked them to let me have my date in peace. I also had an open wine bottle on the beach – having no idea that this was prohibited – in plain sight of a different policeman. Yet they’d been arrested for breaking the law, whereas I’d not even been told that what I’d done was wrong. The injustice of that moment shook me to the core. This wasn’t “driving while black,” this was simply “being black.”

The invisibility of discrimination and injustice persisted in me until my own experience opened my eyes to the day-to-day reality that black people face in my country. That blindness is a condition that many pale people retain, and I’m sad to say that often, the blindness is willful. I’ve discussed inequality with friends and family members who vehemently deny that it exists, citing a now familiar litany of excuses for police brutality that include: failure to comply with an officer’s orders, resisting arrest (whatever that means), and being a thug, among others. Invariably, when an incident of police brutality occurs and public outcry follows, the bigots and haters trot out the same, tired arguments, attack the character of the victim, and then decry any ensuing acts of violence or property damage – as if looting a store has the moral equivalence of murder. Scratch this hard enough and the racial hatred and mistrust underlying these assumptions of culpability will become obvious.

This unwillingness to acknowledge a problem exists is an essential component perpetuating the discrimination and maltreatment of our black brothers and sisters.  However, people of African descent (and I’m a little reluctant to use that term, as we are ALL one people whose origins lay in Africa) have to approach relations with the law in a very different manner than pale people like me. At the root of their concern is a presumption of guilt, rather than of innocence.

If, for instance, I walk out of a store and notice an error on the receipt proving that I’ve not paid for something, I have no fear of walking back in to straighten out the problem with Customer Service. I’m not going to trade my soul for a bit of consumer convenience. This has happened several times in my adult life, yet no one has ever accused me of theft. However, when this same situation happened to my beloved – while she was in the company of a Haitian friend – the dark-skinned woman expressed terror at the thought of returning to the store, believing that the clerk would presume she’d stolen the item and she’d be charged with a crime. That thought never enters my mind because it’s never been remotely true in my experience. Therefore, the fear of our Haitian friend – which is founded in a daily reality for her – seems strange to us.

An Adventist musician named Wintley Phipps recently wrote a blog post in which he describes moving into a pale people neighborhood. He went to the local police station to introduce himself, trying to be seen by as many officers as possible, so that they wouldn’t mistake him for a criminal if any of them saw him entering his own house. The absurdity that a Christian man would feel compelled to do this is part of what is motivating this post.

The police killings of George Floyd, Briona Taylor and many others have cast a strong light on a problem that we pale people don’t want to acknowledge. It’s not socially acceptable to be an overt White Supremacist – a term that they themselves recoil from – but it IS socially acceptable to deny the reality that our black brethren face. It’s time for that to stop. It’s time for pale people to listen and understand. The price of our complicity is paid in their blood. This isn’t a black people problem. It’s a pale people problem, and it’s up to us to fix it.