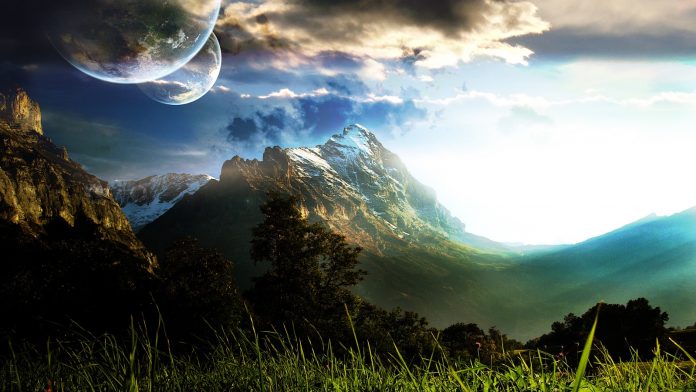 With over a billion people using Instagram on a daily basis, it’s easy for writers to think that building an audience on the platform will be a straightforward process. Yet, promoting creative content on Instagram is difficult, for a number of reasons that I will outline here.

It’s All About Images

The first is that Instagram is a visual media. Authors promoting books, and musicians promoting music are immediately faced with the conundrum that they have to use a visual medium in order to be seen.  For attractive people, this is not a problem. For those of us who are appearance-challenged, this creates an issue . . . .

I compensate for this by posting 3D art that I’ve created. I endure quite a lot of criticism for this, mostly from the Modesty Police, but the Instagram algorithm absolutely depends on “engagement,” the likes, comments, saves and shares that accrue for each post. Here’s where this becomes a problem. My characters are both male and female, some are young, some are older, but the algorithm isn’t concerned with parity, or the actual story I’m trying to tell. All it knows is engagement, and the truth is, images that involve my female characters are generally more popular than those with my male characters. For example, my most popular non-promoted post is this one:

While there is more engagement with this image than any other I’ve posted, that interest doesn’t necessarily turn into views of my FREE, 30 minute video. What’s happening, is that people are scrolling through Instagram and see this visually spectacular image, featuring beautiful Brenna in a daredevil neckline, and it stops them in their tracks.

Not far behind is this one:

This came from a period of time where I was trying to promote the various characters in the milieu with a relevant quotation. It’s a pithy, three-word statement from Brenna’s mother — Lady Alexina — but it’s memorable. Images like this one were quick and created without a lot of compositional effort. The render below is, by far, the least engaged image I’ve posted on Instagram. It was much more technically challenging because of the multiple characters, each with a different appearance and different clothing. Yet it is MUCH less “engaging” to my Instagram audience, despite the fact that there are five very different-looking women depicted here.

Perhaps, you may think, my content is not great, and I wouldn’t argue with that criticism. I’m far better at writing than I am at creating images. However, because Instagram is a visual medium, and this is the tool at my disposal, I can only do what I’m capable of doing, using the tools that I have.

Here’s another odd instance. Like the image above, this one required a great deal of care to compose:

Why is this image so much more popular than the one preceding it? I have no idea. This is part of the problem that vexes me with Instagram. We’re supposed to post content that people enjoy, but what exactly IS that content? How is content supposed to be engaging when virtually no one actually WRITES anything on a post?

People who don’t work with 3D art don’t realize that some images require a lot more effort to create than others, and for that reason, I don’t believe the engagement conundrum has anything to do with artistic skill. It’s all about what catches the eye. The next image garnered a lot of engagement:

But the one below, didn’t. Before you presume that Brenna’s abundant cleavage is responsible, understand that she’s ALWAYS depicted this way (that’s how she looks, after all), and not every render featuring her is popular. Further, the majority of my followers and most of the people who actually like and comment on my posts are women. And women, including those in the Deveran Conflict Series, come in all shapes and sizes, just like Astrid and Kira, in the “low engagement” image, below.

It’s impossible to know, on any given day, what will be popular and what will not be. At it’s easiest, uploading snapshots from a phone camera takes practically no time at all. We’re told by the “experts” that we should post frequently, but composing and rendering takes hours of time. Posting daily is impractical for people like me, and it often feels like a treadmill where I’m putting in a lot of effort, while not actually making any progress. Part of what makes this really tough is the reality that Instagram is not showing all of my posts to all of my followers. I currently have well over 200 people following the World of Devera, but fewer than 10% of them actually engage with any of my images. It’s likely that the vast majority of my followers never even see what I post.

And if my followers don’t engage, they won’t see my future posts, either.

Then, there are the creepy dudes . . . . Odd as it may seem, a cadre of lonely men looking for love haunt Instagram, and sometimes they mistake me for a woman.

I don’t know whether to laugh when I receive lame pick up messages, or to feel sorry for the men who send them. No, I am not Brenna, nor Kira, nor Bronwyn, nor Astrid, nor Lady Alexina. I had to change my profile into to read, “Old, male, ugly and happily married” in order to scare the creepy guys off. Some of the women writers I follow also have this problem, and my heart stirs with sympathy when they complain about how persistent some of these guys can be. I wish men would treat women with greater respect, especially when a woman gives a definitive, “No!”

While it supposedly violated Community Standards, my inbox overflows with unsolicited sales / scam offers, like the person who posted this in a private message:

I’ve already discussed the reviewer scams on my Insta-Scam post, here. I started replying by posting THIS image in response to receiving unsolicited offers for reviews and promos:

I suspect that all these review scammers know one another, because I’ve only had to post this a couple of times before the promo and review hounds stopped hunting me completely.

While Instagram is supposed to be a social media platform, there are vanishingly few people who are willing to actually converse. Of those who do, most responses end with a conversation-halting statement, or a heart to express a like, and that’s it. No one who does not actually know me personally has ever written a comment on anything I’ve posted on Instagram in the three years my account has been active there. What I DO get are bots.

My posts are littered with these images of attractive women with private accounts, all urging me to promote my work on “writerswarmth,” or “writersparadise,” or “militaryhonor,” or something along those lines. I suspect these may be inactive accounts that the spam bots have taken over, as they usually have fewer than five posts, or they may be accounts actually created for the bots. In either case, these posts are annoying because they’re not real. The bots find me by following hashtags, which are necessary in order to draw the attention of people who are not followers.

When I noticed another writer is struggling with the same issue, I commented on one of her posts. She wrote something to the effect of, “I hate them! I usually delete them!”

But I urged her not to do so because the Instagram algorithm doesn’t know, nor does it care, that the comment came from a bot. It still counts as engagement.

So, how can that change? Keep reading!

There are problems with this approach. First, there is almost always a disclaimer that hosts follow back “at their own discretion.” What this often means is that the hosts are collecting followers to build their own accounts, but they feel no obligation to follow back. What is the point of that? I started trimming my “following list” of others who don’t return the favor. After all, I’m on Instagram to promote books, not to follow others who have no interest in what I’m doing.

Secondly, everyone IN the follow train is also promoting their own books, or reading genres that are only tangentially related to the rather narrow niche in which I’m writing. That means they may or may not engage with my posts, even if they actually remain on my followers list. And while I’ve written messages on many posts by other writers, not one of them ever writes on mine. It’s possible they’re not even seeing my posts because of the way the Instagram algorithm works.

So, what’s the point in the follow train if no one is going to actually engage with, and thereby support, one another?

This is personal pet peeve. I may be a third-rate artist, but at least the images I post are my own. If someone else were to post one of my renders on their page without attribution, I would be rightly offended.

If I see someone misusing a painting or a render by not crediting its creator, I will usually help them find the artist. It’s only fair. A woman on a 3D forum I frequent had someone steal a whole raft of her Lara Croft tribute art and sell them as NFTs. This is theft. There is no more appropriate way to state the fact. Whenever you’re online, don’t steal other people’s material.

What’s an Artist to Do?

If we writers REALLY want to support one another, here are things I recommend:

On the 31st of May, Instagram blocked the World of Devera page for “violating community standards.” I’ve NOT done anything against their standards, so I filed an appeal which was subsequently denied. They never told me what, specifically, I’m supposed to have done. So there is now no more World of Devera on Instagram. All of my Instagram followers will never know what happened, unless they come here and read this post. If you’re interested, you can find my content on Vero now. Ugh!