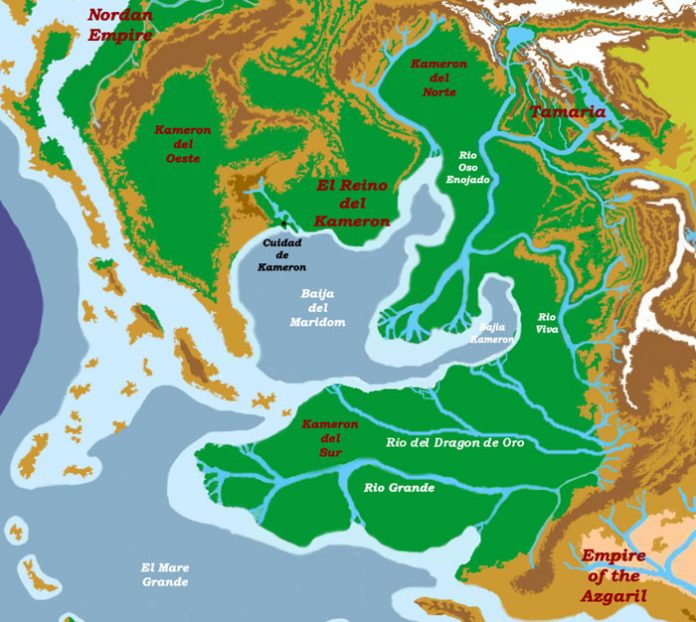 Culture, language and religion all play key roles in human interactions. Writers can create a social milieu that is complex, unique and fascinating, yet many of the greatest science fiction and fantasy writers resort to borrowing elements from historic or contemporary societies. Frank Herbert’s Dune, for example, borrowed heavily from past conflicts on earth as he explored the dangers of following charismatic leaders into totalitarianism. The nations and people in Tolkien’s The Lord of the Rings are all derived from medieval Europe. The same is true of George R. R. Martin’s Game of Thrones.

Why do successful writers do this? Could they not create distinct societies that differ from those on earth? Of course, they could, but there are two very good reasons why they don’t. First, it’s hard. Culture is steeped with many permissions and prohibitions through which native-born people navigate unthinkingly. Is it okay for a child to look an authority figure in the eye, or is doing that disrespectful? Would the same child, by looking away, be seen as demonstrating proper deference, or is he hiding guilt? What are appropriate roles for men and women? When is touch acceptable, and when is it unwelcome? How much public affection are lovers permitted to show?

These issues are manifold, and writing about them consistently is very tough. It’s much easier to utilize a culture that is known, where rules are already present, than it is to plan an entire culture from scratch and painstakingly ensure that every detail in a long-form novel is consistently portrayed.

The second problem is how quickly readers can understand the culture being described and develop sympathy for the characters within it. If the milieu is too different, it may be off-putting for readers. If the characters behave in ways that align with social expectations, but scrape against the social / religious norms of the audience, many who have picked up the story will put it down. This is particularly problematic for devout readers, who don’t wish to fill their minds with material that contravenes their ethics, or for the secular-minded who find discussions of faith “preachy.”

For these reasons, even very famous writers rely on historical or contemporary cultures to flesh out their fantasy and science fiction stories. The World of Devera is similar in this regard. Rather than creating unique societies with new languages and vocabulary that will force a reader to stop and try to figure out a nonsense word, I have used familiar tongues, or derivatives thereof, that sound like actual languages. Tamaria is not Switzerland, but words like mutti, names like Grossman, coupled with descriptions of tall, blonde-haired, pale-skinned characters build on what readers already know and have already experienced concerning people from Central Europe.

The intent behind this is to create an immersive environment. When Garrick and Brenna travel to the Nordan Coastal Colony in Blood on the Warpath, the appearance of the Nordans, their speech and their behavior, is derived from the Imperial Japanese period. Even the names of Nordan ships come directly from the Imperial navy of that time. The demeanor and spiritual beliefs of Sakura’s family create seamless, realistic conflicts with Garrick and Brenna when they meet, as expectations of conduct differ dramatically between Tamarians, Lithians, and the Nordans. This technique adds realism to the narrative.

One reader has commented that the most enjoyable aspect of the Deveran Conflict Series from his perspective, is the realism of cultural contrasts and the conflicts that arise because of them. Among the societies on Devera, Lithians are the most unique. Their unique physiology — especially their longevity and the lifelong pair-bonding that occurs between lovers — create a very different outlook among Lithian characters when compared to people from other nations. Their courtship customs and their attitude toward modesty are not intended as fan service. For a people who view beauty as a gift from God, who are universally attractive and mate for life, pre-marital customs of dress and their personal perspectives toward nudity are very different from the societies that surround them. (As is the case with Europeans, in contrast with North Americans.) This leads to all manner of interesting misunderstandings and prejudices that Brenna is regularly forced to deal with. Since she is an important character, most of this conflict involves her.

Literary borrowing of established and historical cultures creates a kind of short cut, by which readers can quickly become familiar with a fantasy or science fiction milieu. It’s not the result of laziness. It’s necessity.