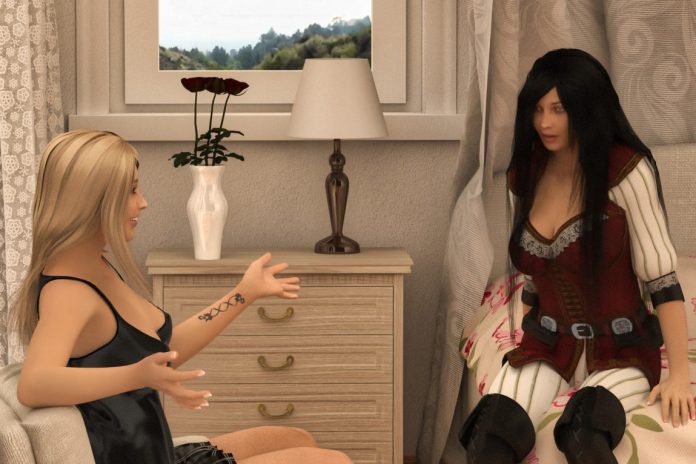 The way our media usually portrays inter-feminine relationships emphasizes negative behavior that makes me wonder, “Why are these two women tolerating nonsense from one another?” Having grown up as the only boy in a family with two older sisters and a very strong mother, the dynamic I witness in most feature films, on television, and read about in stories too often reflect stereotypes that perpetuate a belief that female friendships contrast significantly from the devotion, strong advocacy, and intelligent conversations I have witnessed among the women in my family, and – later in my experience – among the relationships sustained by my beloved wife and her friends.

True friendships are rare enough that the common tropes in visual and print media ring with an element of truth. Sadly, mean girls in a clique who exclude outsiders exist. But so do women who are accepting of others and are mutually supportive. While the feminine obsession with beauty is a widespread issue (and this problem is certainly made worse by a society which tends to value women based exclusively on their attractiveness), I know many women whose value transcends their physical appearance. I also know women who defend the honor of their friends – a loyalty that is often lionized among men in our media – rather than being competitive. The relationships among real women are as varied and complex as women are, themselves.

While I didn’t set out to explore friendship in the Deveran Conflict Series, it has become an important aspect of the story over time. Kira’s devotion to Bronwyn and the forthright way that the two young women communicate is a consistent theme. It’s not always comfortable, especially because Bronwyn struggles with insecurity and often feels like an intruder trying to find her place on the periphery of the extremely tight bond that Kira shares with her twin brother, Algernon.

Arguably the most unusual friendship described in the novels relates to Brenna’s relationship with Kira. The Lithian woman became involved in the dramatic lives of Garrick’s younger siblings after arriving in Marvic, Tamaria’s capital city, where Garrick undertook his officer training. Brenna quickly inserted herself into Algernon’s story when she recognized his sibling resemblance and intervened to save him from a knife-wielding thug.

Over time, Garrick finally trusted her enough to begin explaining the dysfunctional dynamic of his family. Brenna, though older and wiser, found his testimony a little hard to believe.

Although he initially disparaged Brenna’s Lithian heritage, Algernon’s close relationship with his twin sister ensured that Brenna and twin sister would eventually meet. However, there was no guarantee that either woman would actually like the other.

Brenna and Kira are very different in many ways. Brenna was a healthy and strong maiden when she first met Garrick’s very sick and heavily wounded sibling. Kira, addicted to opium and sold into Kameron’s illicit sex trade, had been rescued from that life by the heroic effort of her twin brother and Sister Astrid, but very nearly perished from infection and fever afterward. Her feet had been lashed so she couldn’t stand, fight, or run away, and the rest of her body had been badly abused. Brenna used her sacred power to heal Kira from every injury except – at Kira’s insistence – the slave brand on her left forearm. This was a very intimate introduction.

After her recovery, Kira’s foul mouth and crass manner took saintly Brenna aback. Reticent and quiet Brenna found extroverted Kira astonishingly bold and brash. Further complicating the rocky start to their relationship, Brenna was still learning Tamarian, a language she spoke with the ease and facility of crippled lamb trying to run. Kira, torn between a suspicion that pious Brenna might not be very intelligent, and the knowledge that her eldest brother was too smart and well-read to long tolerate a romantic relationship on intellectually unequal terms, persisted in trying to figure out how this lovely Lithian maiden managed to sustain Garrick’s interest.

A keen observer, highly skilled in social dynamics, Kira discerned that among the uniformly beautiful Lithians and exceedingly devout Abelscinnians who lived with Brenna’s parents, Garrick’s girlfriend enjoyed honor and respect. They all spoke highly of Brenna’s talent and good character.

Left alone with her thoughts, freely wandering the Velez estate, where meditating on her poor choices led to contrition and repentance, Kira’s perspective changed radically. Quick to acknowledge her deep need of grace and forgiveness, deeply humbled by her terrible ordeal and recognizing that her twin brother risked his life to save hers, the spiritual change that took root in Kira’s heart also formed a bridge between her and Brenna.

The two women exchanged letters every few days after Kira returned to Marvic with Algernon, strengthening the trust between them during Garrick’s deployment in Northern Kameron. As the Kamerese Civil War dragged toward its conclusion, Brenna – and other members of the medical staff with whom she served – were taken captive, tortured and nearly starved to death. (This dark part of her story is featured in “Crisis,” the third novel of the Deveran Conflict Series.) Kira learned about this in an anguished letter from Garrick, explaining why Brenna’s correspondence had suddenly stopped.

Kira’s friendship with Brenna became integral to the experience of the two women in the fourth novel, “Ceremonies and Celebrations.” In this story, Brenna believed that evil spirits claimed her soul after the vengeful attack she led on La Casa del Matados. She engaged in near constant, spiritual combat with these invisible forces.

Garrick worried that Brenna had become mentally unstable. Algernon, while not quite as dismissive, argued that trauma informed and distorted her perception of reality. He felt she should be affirmed and agreed to pray for her.

Bronwyn, who liked Brenna from the moment the two women met, extended some sympathy. However, Bronwyn worried that the Lithian maiden too easily turned Algernon’s eye. She tried to balance praying for, and supporting, Brenna with retaining Algernon’s interest.

Brenna’s main support during this time came from Kira, who believed Brenna’s testimony at face value and even engaged in a prayerful battle at Brenna’s side while the two women traveled south for Brenna to meet Garrick’s mother and father.

Sylvia Ravenwood – Garrick’s mother – strongly disapproved of Brenna and openly argued with her son, refusing to offer her permission for him to marry a Lithian. Aware of Garrick’s high regard for Brenna’s character, Sylvia maliciously suggested that Kira seduce the maiden in order to prove to her son that Brenna is not as pure as he believes, and that she would be an unfaithful partner. Although Kira loved her mother, she valued Brenna and honored her friendship, refusing to comply.

The story of Kira’s friendship with Brenna continues, strengthening over time. Trust builds between the two women, binding them as tightly as blood relatives after Brenna and Garrick exchange wedding vows.  Hit the RSS feed symbol to read the second part of this post when I have it ready.

End of Part One